Trends are just like old memories. They come and go unexpectedly triggered by a catalyst. In the case of trends, the catalysts are the leading fashion giants who influence trends that are followed by millions. It is never certain whether the resurrection of trends is going to be taken with a smile by the majority or not, but it hardly ever matters. If enough popular faces follow a trend, it will ultimately be accepted and the public will follow suit like sheep. This time around the resurrected trend is the wide belts fashion which invoked a lot of mixed reactions from the masses. Let’s have a look at how this trend has fared with the fashion world.

In the early 2020s, wide belts were a strong trend and quite a permanent component of a wardrobe. Anyone following fashion trends at that time was sporting wide belts. From celebrities to the public, these flashy belts were wrapped around everyone’s waist. Just like every trend that has a scope of change, this trend also faded with the majority focusing on other components of clothing. New fashion trends regarding more prominent clothing articles simply did not look appealing with the wide and flashy buckles. 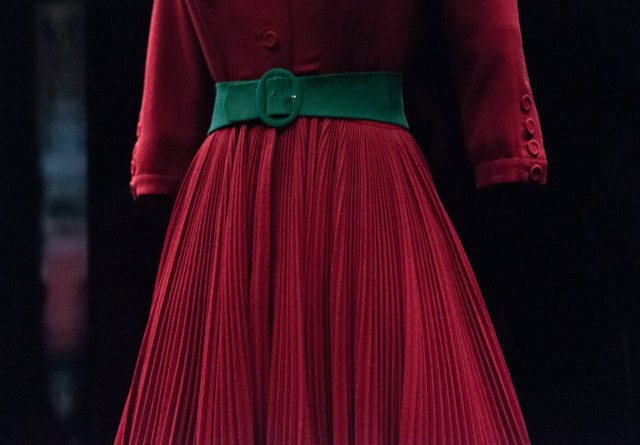 Photo by Yves Monrique on Unsplash

The major stimulus for the resurrection in the fashion industry for wide belts was given by Dior’s fall collection of 2019. Almost one-third of the models on the ramp featured wide wrap-around belts. Needless to say, it did not take long for the popular faces like Nicole Kidman and others to quickly wear them for the paparazzi. Once such a surge picks up among top influencers, the public very quickly picks it up. Not all critics were happy with the resurrection of wide belts. They also criticized their tacky and bulky looks. Although, all the talk about it simply fueled the fire of the trend-surge.

Once a trend comes back to life, the top brands do not take very long in launching their own versions of the trend. After Dior, major fashion houses like Gucci, Fendi, Valentino Garavani and Chanel launched their wide belt range. This obviously sent the market in a frenzy. A surge was seen in boca raton shopping malls with people flocking the showrooms to get the latest wide belts from the top companies. Online shopping websites also confirmed the spike in the wide belt searches. As the name suggests, wide belts are just simple belts with extra-wide straps and an even larger buckle. These belts are not more effective or comfortable than normal belts, they are simply a component of fashion. What such belts actually did was that they made the torso look shorter. Thus, if one had a rather long torso then the belt could actually help create asymmetry if required. Ideally, a wide belt is worn just below the bustline. This could, in theory, put some emphasis on the breasts and make the waist look thinner. Some also claimed that the belts made women look more curvaceous.

Fashion trends are more like seasons, just not that consistent. They’re sure to come back like the summer but we will never be able to predict when. Neither will we ever be sure if we’ll enjoy the change at all.

The Most Popular Styles Of Sunglasses For 2020

These Floral Dresses Will Make Your Summer Even Hotter

Sweat In Style With These On-Trend Activewear Designs

A Gift To Remember: Occasions To Present Diamonds To Your Loved Ones

4 Quilted Jacket Styles To Fall In Love With