Although Hermes produces some amazing clothing, it’s best known for its leather goods. The Hermes Birkin bags, for instance, are among the most sought-after accessories in the world.

They are also considered a rather good investment, with a price range from $11,000 to $300,000! I’ve already covered the best Birkin bag dupes you can get here! I’m also going to include a link further ahead in the blog post, so look out for it.

Today, however, I thought I should focus on the other leather accessories that Hermes are best known for. The items in question are the Hermes Oran Sandals!

Yes, you’ve probably seen the famous ‘H’-shaped sandal everywhere! With their timeless and minimalistic design, they make the perfect summer complement to your city or beach outfit.

With over 20 colours to choose from, the Hermes Oran sandals are a must-have item for every fashionista’s shoedrobe. Wistfully, if you really want to get your hands on a pair, you’ll have to cough up $800 or more!

That’s a lot for a pair of sandals! Yet, you can save more than 96 per cent of that by opting for a look-alike pair from an online retailer. Ahead, I’ve found the best Hermes Oran Sandals dupes you can get on Amazon! 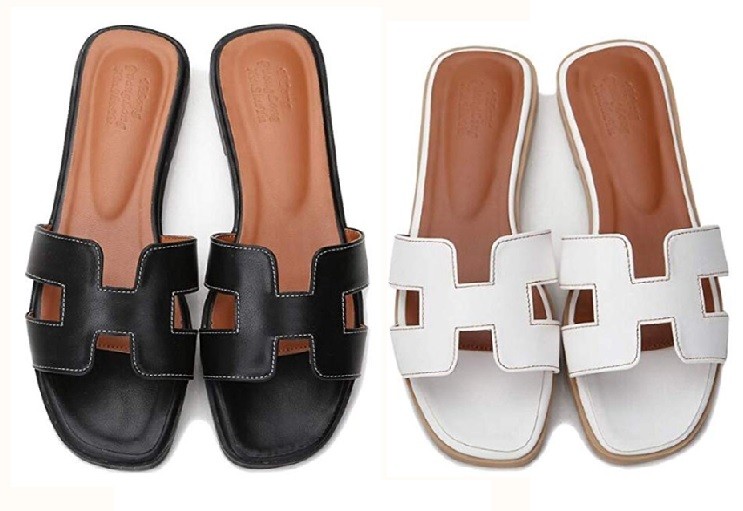 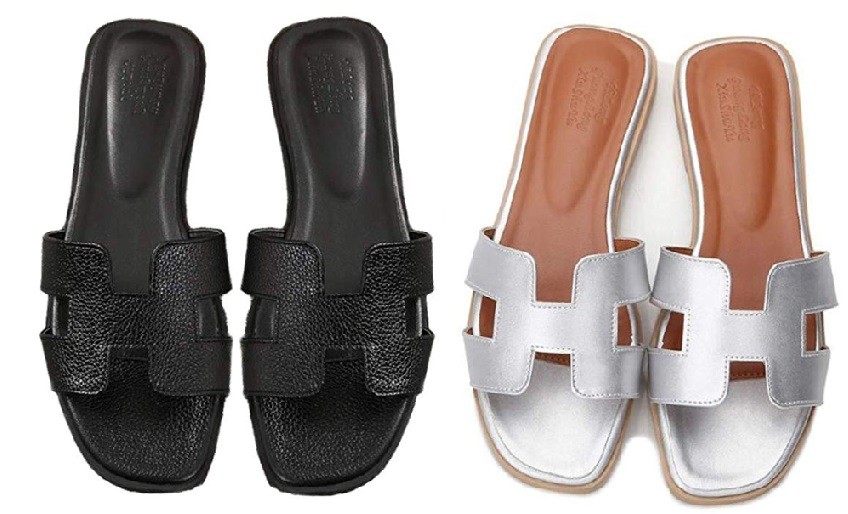 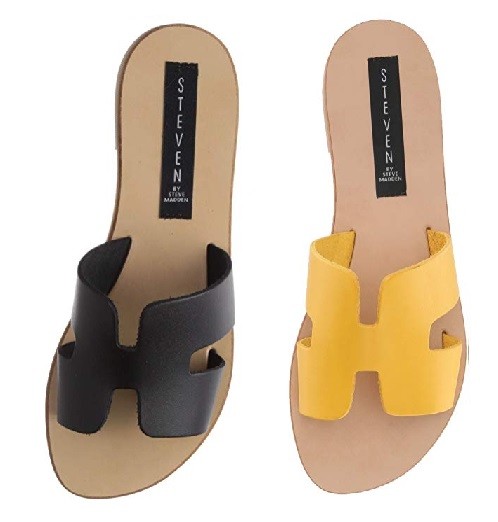 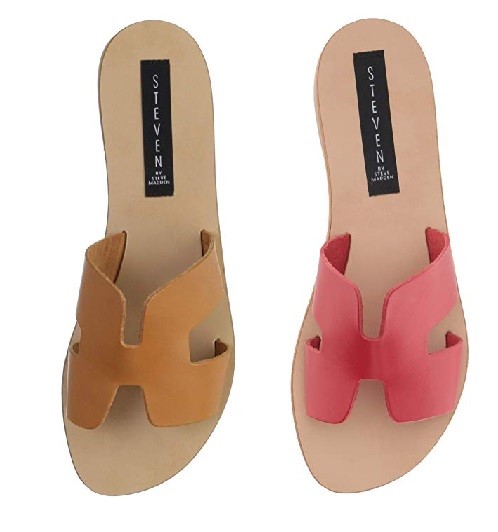 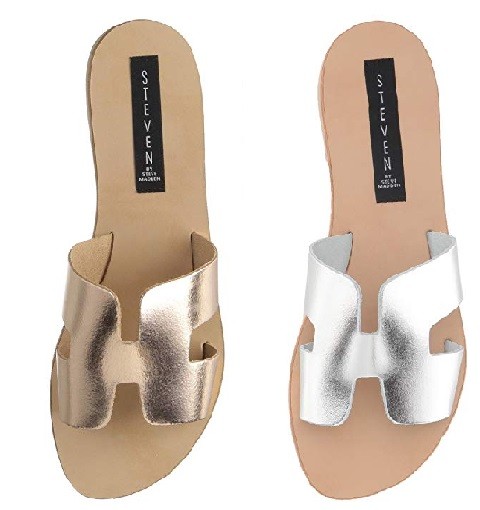 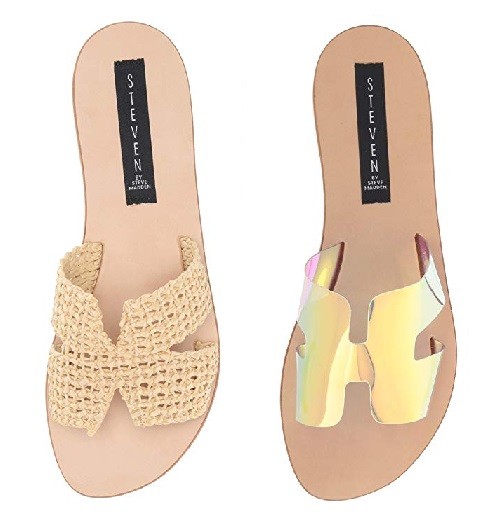 Needless to say, some of these Hermes Oran Sandals dupes are shockingly similar to the original! Especially the first four pairs – you can clearly see the defining ‘H’ design in all four of them.

The first two pairs even follow the Hermes contrasting stitching pattern which makes the minimalistic design look super chic! On the other hand, the second two pairs of dupes follow the all-black and metallic finishes, also offered by Hermes. Considering the fact that the metallic Oran will cost you around $700, these dupes are virtually free, having a price tag of just $40!

Most of the remaining Hermes Oran sandals dupes come from Steve Madden. You’ve probably heard of the brand as they are quite well-known and produce high-quality designer look-alikes. With them, you’ll be getting genuine leather sandals, justifying the higher price of $80.

On the other hand, you do get a lot more colours to choose from. There are not only the usual black and white versions but also colourful ones! The yellow Hermes dupes, for instance, will go along beautifully with your summer dress.

Sadly, the ‘H’ design is not as clear cut and you don’t get the contrasting stitching. Nevertheless, they are still a pretty great look-alike option of the Hermes Oran sandals!

I’ve also found some amazing dupes in the high-gloss finish! Usually, if you were to buy these sandals from Hermes, you’d pay a lot more than $50. These Hermes sandals are made from a Mississippi alligator and you can expect to pay around $2,700 per pair!

As briefly mentioned in the beginning, Hermes is a French luxury fashion house. For its 182 years so far, it has specialised in everything from ready-to-wear to leather accessory items. The Hermes Birkin bag is arguably the brand’s most sought-after product. However, another Hermes item that keeps coming back every summer is the Oran sandal!

Although I couldn’t find the exact year in which the Oran was invented, the shoe has certainly been around for over 10 years! One thing is for sure – the famous slip-on was designed by Pierre Hardy.

The designer wanted to make a barely-there shoe – a no-shoe shoe! Hardy wanted women to feel like they’re walking barefoot while walking in a very simple sandal. He took inspiration from a drawing by an African tribe.

The women from the tribe used a specific graphic design that was painted on their houses. Eventually, Hardy adapted that graphic to his shoes and that’s how the ‘H’ was created. Indeed, that’s also how the simple, yet timeless Oran sandals were invented!

With a weight of just 380 grams, the Hermes Oran sandals were costing just under $500 in 2008. Nowadays, a pair costs anything from $680 to $2,600 – a costly investment for sure. However, we can’t all afford the famous ‘H’-shaped sandal. Yet, we can opt for Hermes Oran Sandals dupes!

So, are you a fan of these Hermes sandals?

The Best Gianvito Rossi Plexi Dupes You Can Get