The Hermes Birkin bag is the most iconic and expensive handbag in the world. It was created in 1984 by Jean Louis Dumas and named after Jane Birkin. The Birkin bags take around 48 hours of continuous and precise craftsmanship to make. The cost of some Hermes Birkin bags can be as low as $11,000, but many of the older and limited edition ones can reach six figures. The iconic Birkin became forever known as the ultimate status symbol when it was used as a plot point in a 2001 episode of Sex and the City. In the episode, Samantha Jones uses one of her celebrity client’s names in order to skip the “five-year” waiting list for the coveted bag. After the episode aired, the Birkin’s actual waiting list tripled in length. Today, Birkin bags can be found on the toned arms of many female celebrities. It has also become increasingly popular among celebs to customise their Birkin. Lady Gaga did so by turning hers into a very expensive sketchpad. More recently, Kim Kardashian made headlines when she was gifted a Birkin that had been hand-painted by her infant daughter. 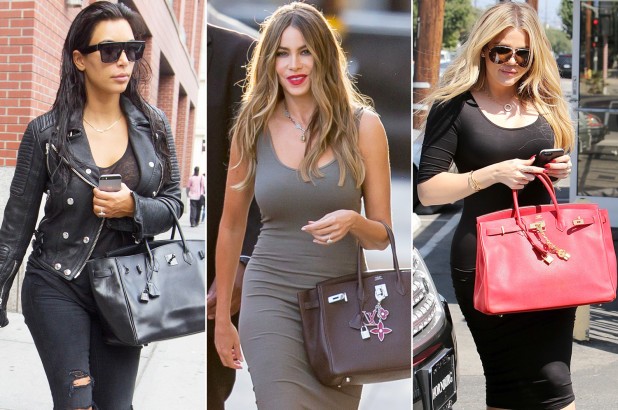 Hermes Birkin bags are among the most stylish and expensive items in the high-end fashion industry. Their iconic look and shape, the skins and leathers that they are made from, and the amount of time and skill that goes into crafting one, all combine to create a luxurious item that millions would love to get their hands on. Howbeit, with an average of $15,000 per piece very few can. Ahead, the best high-quality genuine leather Hermes bags dupes: 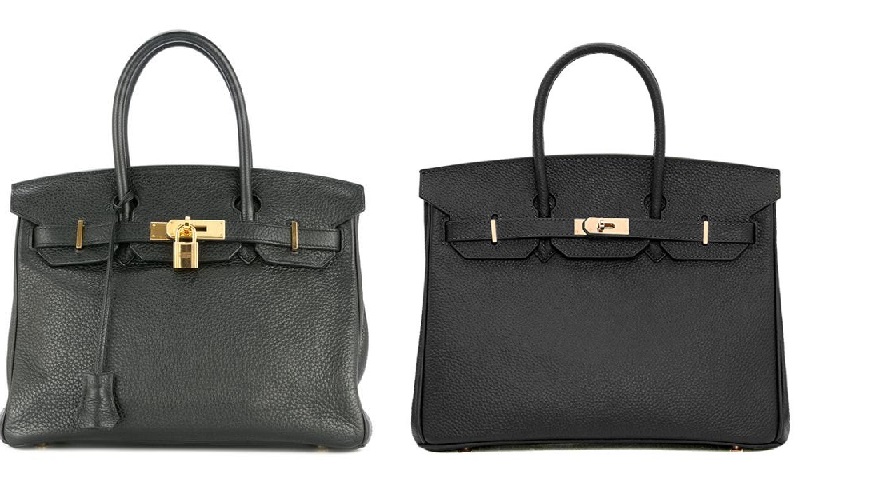 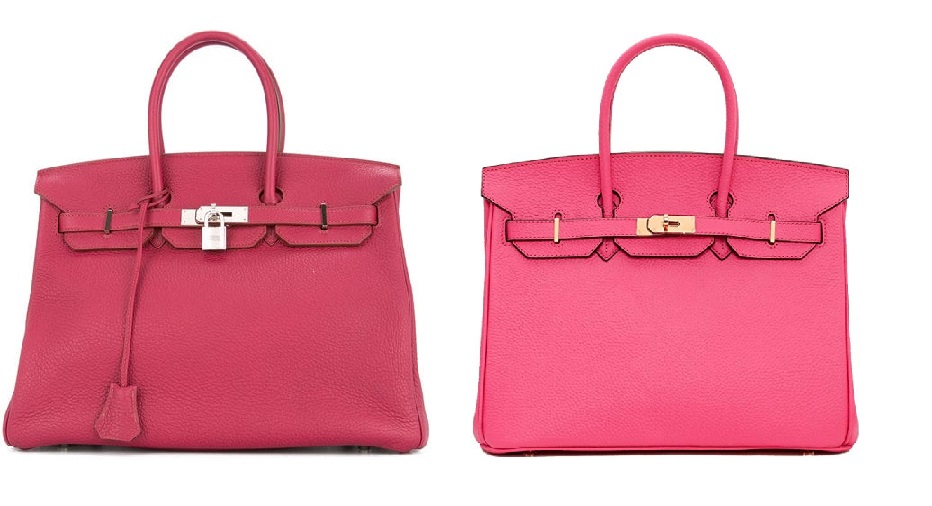 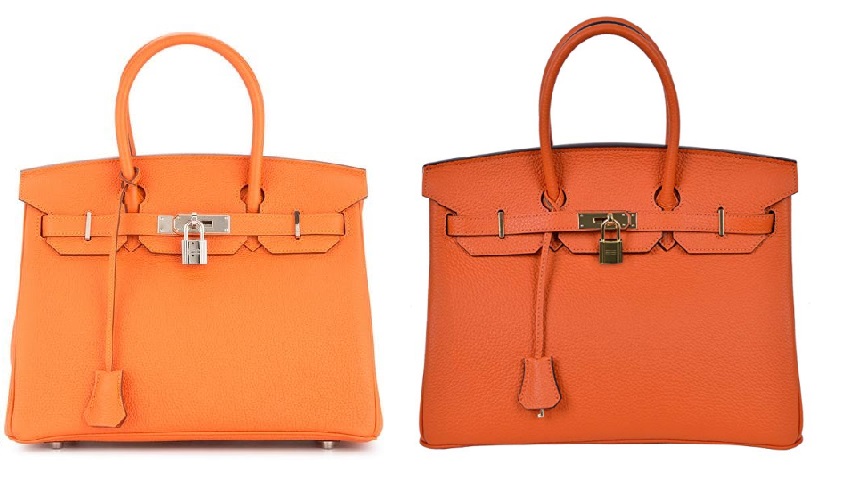 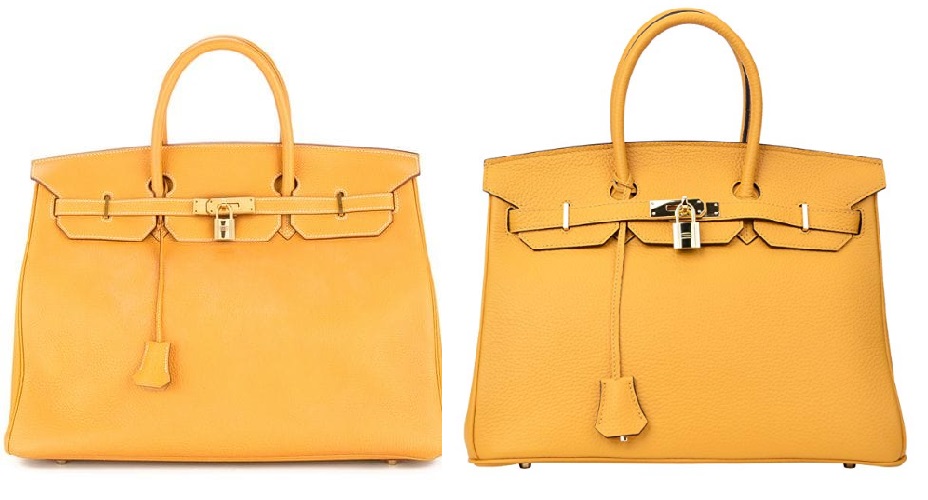 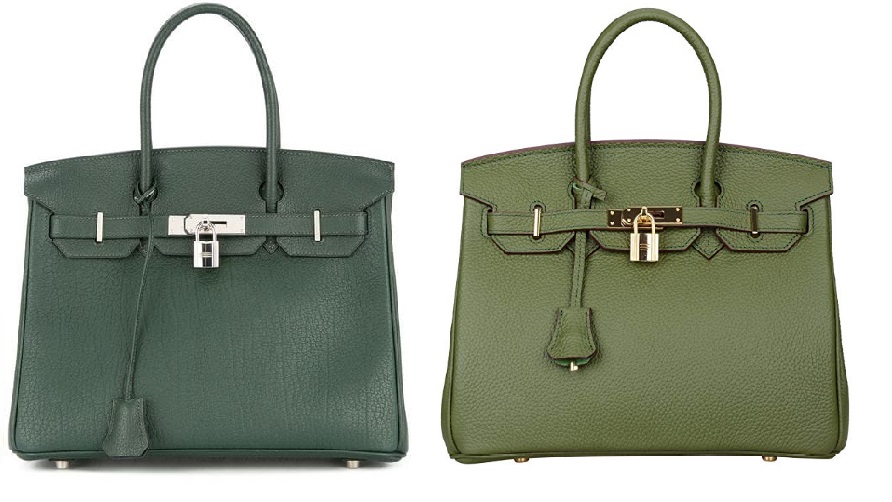 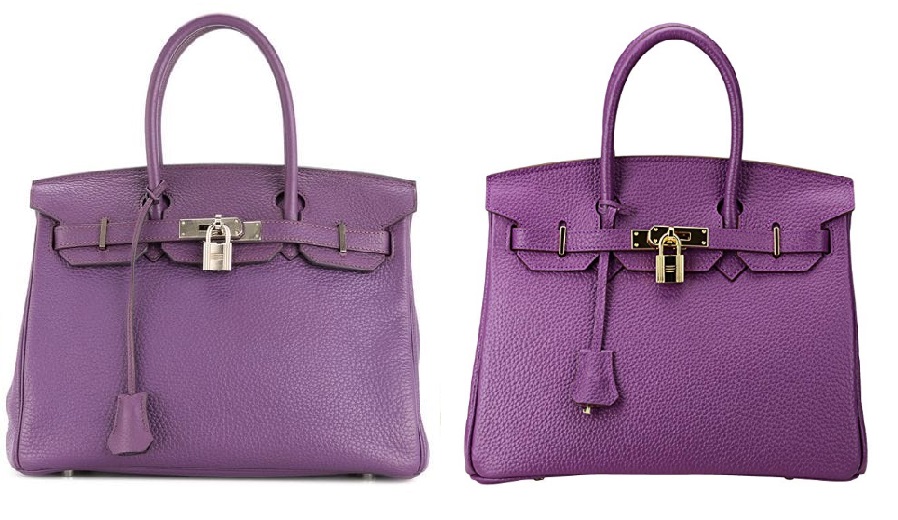 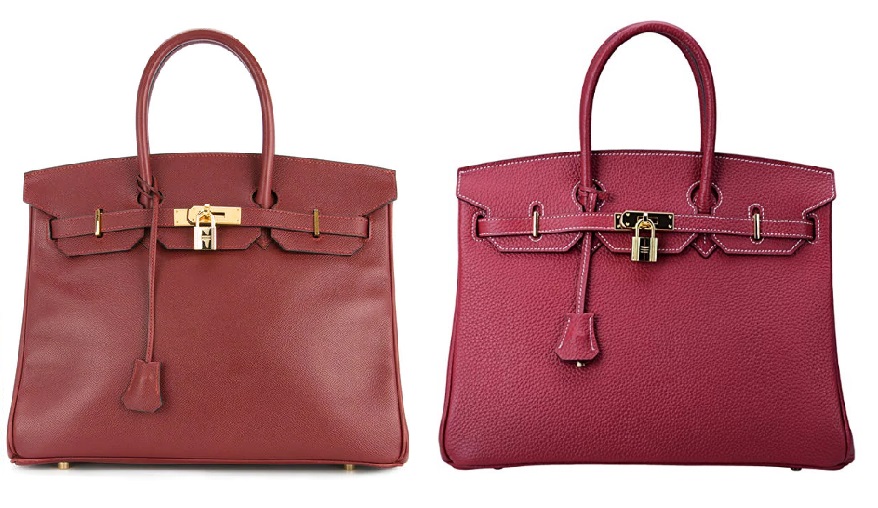 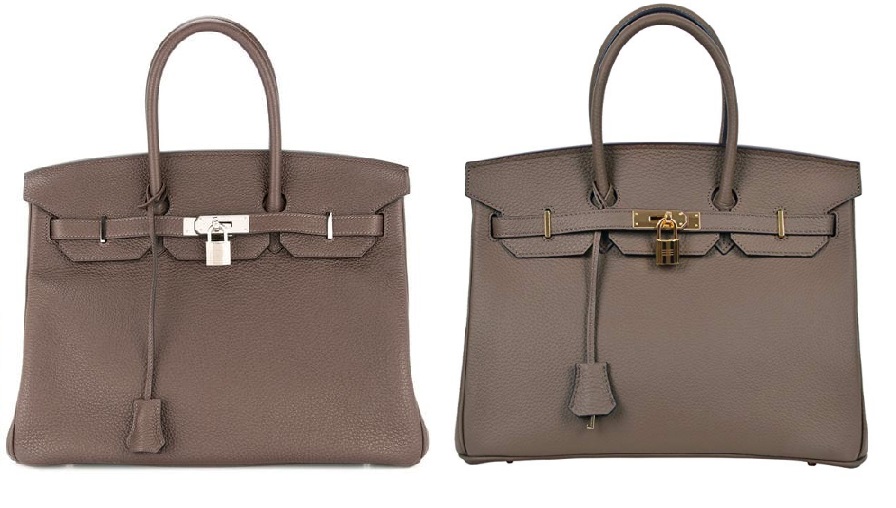 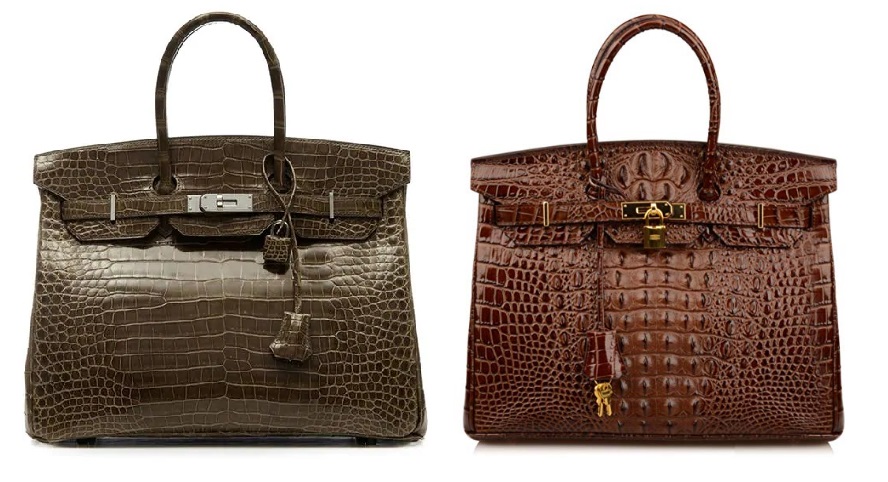 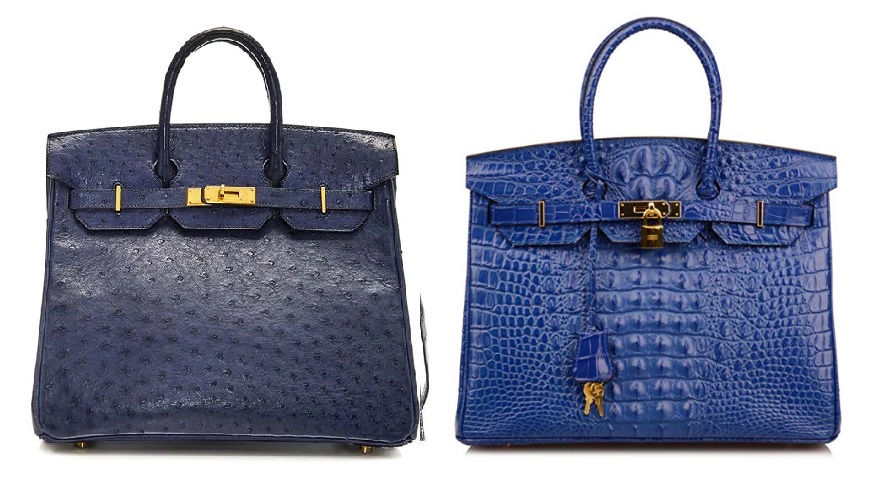 The French high fashion luxury goods manufacturer Hermes was established in 1837. Specialising in leather accessories, home furnishings, perfumery, jewellery, watches and ready-to-wear garments it is one of the best known high-fashion brands. A Duc carriage with a horse has been the brand’s logo since the 1950s.  Hermes shot to fame in the early 1900s when Émile-Maurice was granted the exclusive rights to use the brand’s zipper for leather goods and clothing. Subsequently, he became the first person to introduce the device in France. In 1918, Hermes introduced the first leather golf jacket with a zipper, made for Edward, Prince of Wales. Throughout the 1920s Émile-Maurice added accessories and clothing collections. Furthermore, in 1922 Émile created the first leather handbags after his wife complained of not being able to find one to her liking. In 1924, Hermes opened two shops outside of Paris and in 1929, the first women’s couture apparel collection was previewed in Paris.

From the mid-1930s, Hermès employed Swiss watchmaker Universal Genève as the brand’s first and exclusive designer of timepieces. Later, Hermes introduced the leather “Sac à dépêches” in 1935 (renamed the “Kelly bag” after Grace Kelly) and the Hermes square scarves in 1937. In 1949, the same year as the launch of the Hermès silk tie, the first perfume, “Eau d’Hermès”, was produced. From the 1980s, tableware became a strong segment of the firm. Overall, the collection of Hermes goods expanded in 1990 to include over 30,000 pieces, some of which included porcelain and crystal. In 2003 the highly controversial Jean-Paul Gaultier became the head designer and debuted his first ready-to-wear collection for fall/winter 2004–05.

Jane Birkin. The “Birkin” was named after the English actress Jane Birkin. Jane was also a model and had a passion for luxurious and fashionable clothing. She and the Hermes chief executive Jean-Louis Dumas met by chance in 1981 while getting ready to depart on an airplane. Jane was trying to fit all of her carry-on items in the overhead compartment, but everything came down crashing onto her. She began to rant about how nicer bags were never big enough to carry belongings, and Mr Dumas was suddenly inspired with a new idea. Consequently, he invited her to France where they co-designed the bag in 1984. The Hermes Birkin bag is a deep and sturdy bag with a rectangular design that is now recognisable all over the world. Sadly, in recent years, there has been some notable tension between Ms Birkin and Hermes over the production methods that are used to create her namesake bag. In July 2015 PETA revealed that the French brand was purchasing crocodile skins from a Texas farming factory, employing inhumane practices towards its animals. Ms Birkin publicly acknowledged the report and asked that her name be disassociated from the handbag. A few months later, Hermes announced that everything was “all-good” with Ms Birkin, as she had been “satisfied by the measures taken by Hermes” to ensure that all skins were obtained ethically.

Design. The Birkin bag may be distinguished from the similar Hermès Kelly handbag by the number of its handles. The single-handle handbag is the Kelly, whereas the Birkin has two handles. Birkin bags are sold in a range of sizes – 25, 30, 35, and 40centimetres, with travelling bags of 50 and 55 centimetres. Each one may be made to order with different customer-chosen hides such as calf leather, lizard, and ostrich. Moreover, they can customise the colour and hardware fixtures with individual options, such as diamond-encrusting. Each bag is lined with goat-skin, the colour of the interior matching the exterior. Prices for the Birkin bag depend on the type of skin, the colour, and hardware fixtures. The bag also features a lock and keys which are number-coded. The keys are enclosed in a leather lanyard known as a clochette, carried by looping it through the handle. The Birkin bag is locked by closing the top flaps over buckle loops, wrapping the buckle straps, or closing the lock on the front hardware. Hermes also offers a “spa treatment” – a reconditioning for heavily used bags.

Demand. In 2014 Hermes produced 70,000 Birkin bags. For several years the brand was reputed to have a waiting list of up to six years. As a result of the strong demand, the Birkin bag has a high resale value in many countries, especially in Asia. Moreover, a 2016 study found that Birkin bags had an average annual return of 14.2% between 1980 and 2015. In April 2010, Hermes announced that the waiting list would no longer exist, implying that it is potentially available to all. An interesting fact is that a 30-inch matte white Himalaya Nile crocodile Birkin with 18-carat white gold and hardware, bearing 245 diamonds, was sold at a Christie’s auction in Hong Kong for HK$2.94 million (US$377,261). Moreover, it created a new record for the most expensive handbag in the world.

What do you think about the Hermes Birkin bags?

Are they worth the price tag or would you opt for a Hermes bag dupe?

The Best Tiffany T Bracelet Dupes That Rival The Real One

Affordable Gucci Marmont Bag Dupes You Can Get RN!