Like it or hate it, giddy-up, the Dior Saddle Bag is back! Nearly two decades since launching, Dior’s kidney-shaped must-have bag has made the long way back to the arms of the ‘it-girls’. At her Autumn/Winter 2018 show, Maria Grazia Chiuri sent a handful of models down the runway, clutching a not-so-different version of the late 90s/early 00s classic Saddle bag. Since then, I’ve seen it on the arms on literally every single Instagram influencer. However, a vintage Dior Saddle bag can set you back by anything between $3,000 and $7,000! Thus, doing yet some more research to find the best dupes of this kidney-shaped Dior must-have item was a no-brainer!

Not only did I find the best look-alike pieces out there, but they are also comparable in quality to the real deal! Ahead, the best genuine leather Dior Saddle bag dupes! 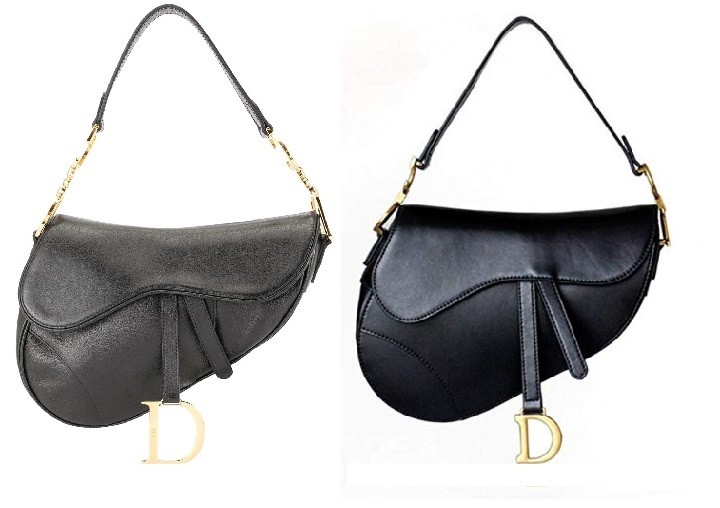 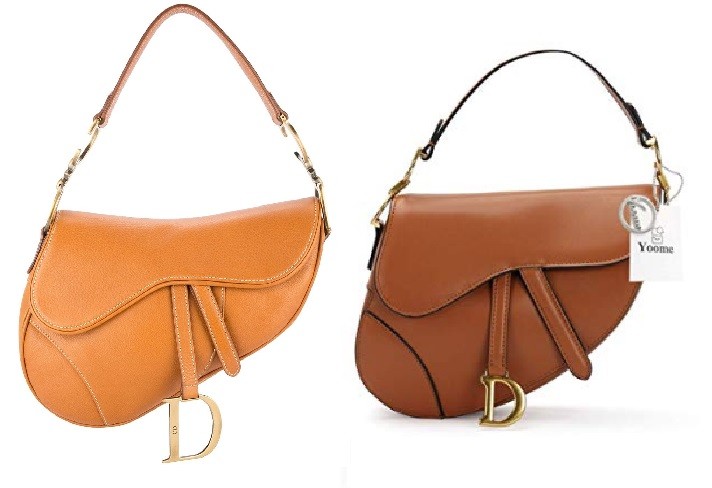 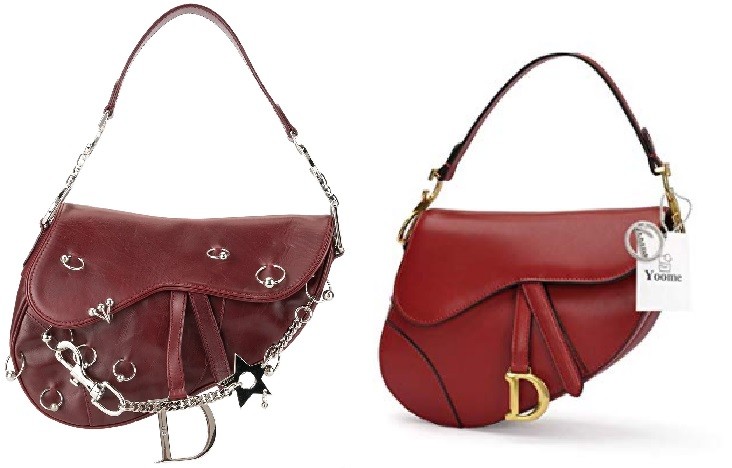 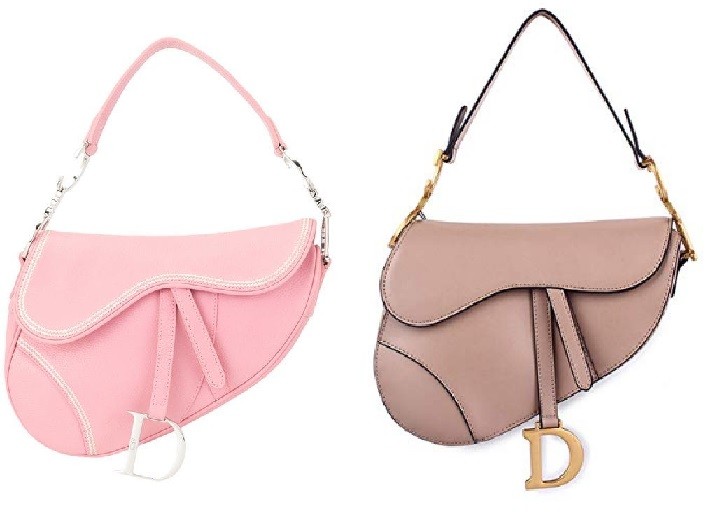 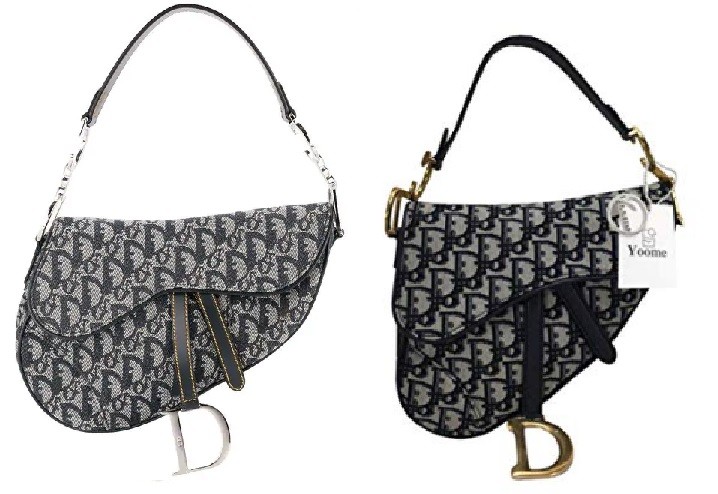 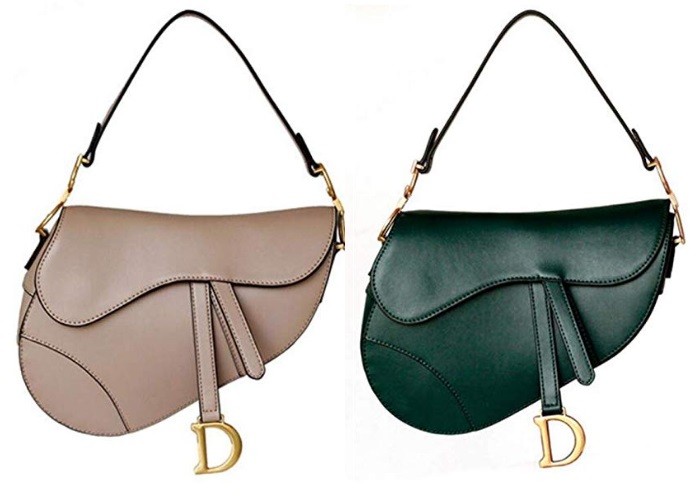 The History Behind The Dior Saddle Bag

First conceived in 1999 by former artistic director John Galliano, Dior’s recognisable Saddle bag debuted in the Spring/Summer 2000 collection. The rest, as they say, is history. The bag quickly became the most talked about accessory. As a matter of fact, Dior’s Saddle bag might have been one of the first pieces to really fit the description “ugly-chic”! The bag was meant to be worn short-strapped and tight against the armpit. In an instant, the Saddle bag gave rise to a whole new trend! It was seen on the arms of every ‘it-girl’, models and celebrities. Elle Macpherson and Paris Hilton to name a few! It was, of course, perhaps most notably, also carried by Carrie Bradshaw in Sex and the City on a number of occasions. This is probably the ultimate honour for any ’90s accessory.

But what idea stirred John Galliano’s creative mind to design such an accessory?

Well, the true inspiration for Dior’s equestrian ‘It bag’ lies somewhere between fact and fiction. It is said that the Saddle bag was inspired by Helmut Newton’s Saddle I photograph, featuring a model on a bed, wearing a saddle and riding boots. Although it was never confirmed by the designer himself, Newton’s photo perfectly encapsulates Galliano’s aesthetic. Namely, simultaneously dramatic, romantic and sexualised.

Sadly, after a few years at the top of the It-bag food chain, the Saddle eventually ceased production. The kidney-shaped bag was kept alive by an almost cult-like throng of street-style stars, who were purchasing the bags from eBay. However, it was Beyoncé who brought the Saddle bag back to fame, when she was spotted with one in 2014.

Fast forward to 2018, Marai Grazia Chiuri‘s Fall/Winter collection marked the return of the Dior Saddle Bag! But what’s different about the Saddle 2.0? Today, artisanal techniques bring a precious new feel to its iconic silhouette. A 1970s-inspired patchwork design bears the inscriptions “peace and love”. Dior presented the bag in a number of different styles, including in the signature monogrammed oblique canvas, hand-embellished with nine pieces of finely beaded embroidery. I managed to find only one Saddle bag dupe with the Dior logo print. Suffice to say, it is not the real deal but the reasonably close to it. The simple black Dior Saddle bag dupe is probably my favourite!

The new Saddle bag, of course, isn’t a complete reproduction. Trying to fit into the day of the modern fashionista, the new kidney-shaped bags are slightly larger than the originals. They are likely to accommodate your phone and all the other stuff we tend to carry these days. Other than that, little has changed. The bags still remain the same shape, all featuring the iconic gold ‘D’ charm hanging off them.

Although there are plenty of new colours, patterns, fabrics and embellishments of the Dior Saddle bag, the black and Diorissimo-printed ones remain classics. Of course, other versions such as the floral Girly, the Daily Newsprint and tricolour Rasta are also extremely coveted. I’ve managed to find genuine leather blue and green Dior Saddle bag dupes.

Saddles now resale anywhere from $495 to $7,000, depending on size, colour and whether or not they’re limited edition. Gladly, I’ve managed to find genuine leather Dior Saddle bag dupes that will set you back with just under $100!

Are you a fan of this kidney-shaped ‘it bag’?

Check out the designer dupes category for more dupes!