Bulgari is best known as an Italian luxury jewellery brand but in 2012 it also launched its first-ever Serpenti Forever handbags line. Since then celebrities in the likes of Emma Roberts and Miranda Kerr have been carrying their favourite pieces of the Serpenti collection on their shoulders. With an elegant and eye-catching snakehead, the Bulgari Serpenti bag can make your everyday or night outfit stand out like no other accessory out there. All bags are crafted in premium calf leather with gold-plated hardware and exotic snake head closure with green malachite eyes. Wear it by the top carry handle or adjustable snake-inspired chain and leather shoulder strap. The Bulgari bags are a symbol of elegance and style, but with a whopping price of $2,000 per piece not everyone can afford this stunning leather good, thus here is your ultimate guide to the Bulgari Serpenti bags dupes! 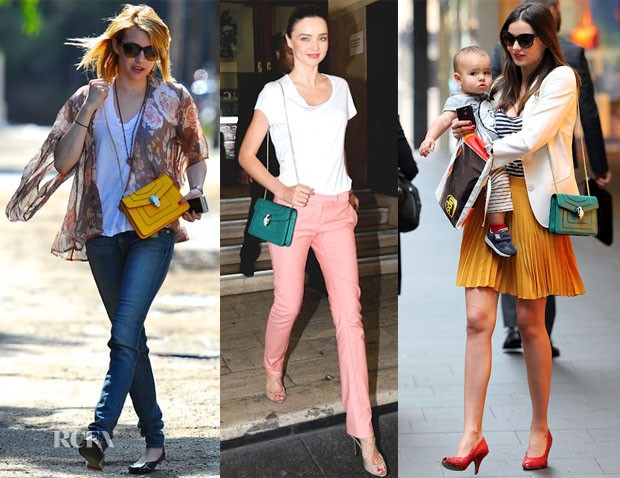 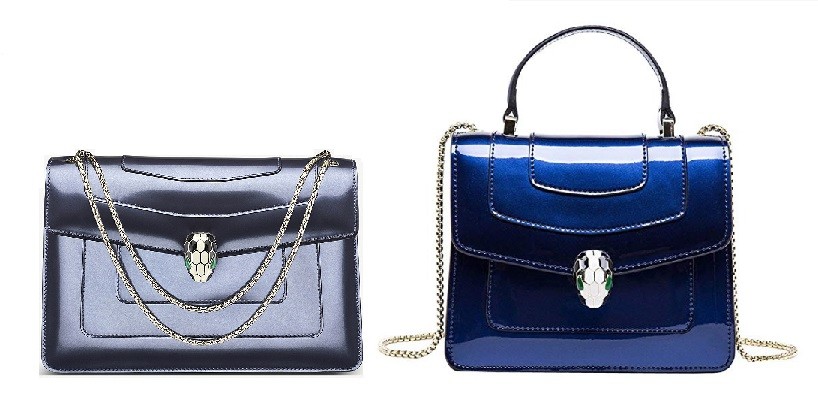 With headquarters in Rome, Italy, Bulgari was founded in 1884 by Sotirios Boulgaris who was later renamed to Sotirio Bulgari. Starting as a single jewellery shop, Bulgari quickly became the big Italian luxury brand as we know it today. The company has evolved into a player in the luxury market with its jewellery, watches, leather goods, accessories and fragrances. In its early years, Bulgari was known for its silver pieces with borrowed elements from the Byzantine and Islamic arts. Paris also played a huge role when it comes to Sotirios’s designs. The jewels in the 20s were inspired by platinum Art Deco details, while those in the 30s displayed geometric diamond motifs which occasionally featured coloured gemstones. 1934 also marked the birth of the Bulgari logo. In reference to ancient Rome, the ‘U’ was replaced with the letter ‘V’. In the 50s, Bulgari launched its first floral brooches with trembling diamond corollas. The 70s marked the launch of the first Bulgari watch, which success was followed by founding the Bulgari Time headquarter in Switzerland. In 1993 the brand launched its first fragrance – Eau Parfumée Au The Vert – and later founded the Bulgari Perfumes in Switzerland.

The 21st century was a huge milestone for the global brand. In 2004 Bulgari opened its first hotel in Milan, which confirmed the expansion strategy of the brand and in 2011 a strategic alliance with LVMH was signed. The Bulgari distribution network consists of about 300 stores. The world’s largest Bulgari store is based in Tokyo – a 10-story Ginza Tower with 940 square meters of retail floor space, including a restaurant and lounge bar. Bulgari represents its accessories and leather goods collections during SS and FW Milan Fashion Weeks.

The snake symbol. Although the snake is feared and dismissed as evil, the snake has been a popular jewellery motif since the Egyptian era. The symbolic importance of the snake is powerful which is why the reptile has become one of the most recognizable motifs for the Italian jewellery and luxury goods brand Bulgari. The serpent theme began in the 1940s when the snake evolved into a creative symbol for the brand. In both Greek and Roman mythology, the snake represents positive characteristics such as strength, protection, healing and rebirth. Moreover, they stand for eternity and seductiveness thanks to the elegance of the snakes’ soft, winding bodies.

The technique. A special technique is used to create the Serpenti jewels, called Tubogas. Inspired by an ancient Roman technique, it involves twisting twine to fashion jewellery. The Tubogas technique was first used in Bulgari’s first Serpenti watches. Furthermore, the term was inspired by the gas carrier pipes that were in use from the 1920s onwards. This technique quickly became Bulgari’s trademark for the creation of its watches, bracelets, necklaces and rings. Like a snake shedding its skin, the Bulgari Serpenti has metamorphosed, reinventing itself. However, the basic concept remains the same.

The bags. The Serpenti element features on Bulgari’s leather handbags. In 2012, Bulgari launched the Serpenti Forever line of bags. All bags have a detailed elegant shoulder strap with metal chains and are accessorised with a light gold-plated serpent head closure which comes in different colours of enamel. Customers are also able to choose from the serpent’s eye to be in malachite or jade colour. The Serpenti Forever line is continuously updated every season with new colours and functions. For its newest collection, the brand uses free-spirited designs, explosive graffiti, cutting-edge studs, and metallic leathers. For the smaller version of the flap bag, you can also tuck the shoulder chain inside and use it as a clutch.

SHOP the latest collection on Harrods and Selfridges.

Do you own any Bulgari Serpenti bags dupes?

Here are some interesting facts about Bvlgari!

Louis Vuitton Neverfull Dupes That Rival The Real One

These Are The Best Prada Cahier Bag Dupes You Can Get